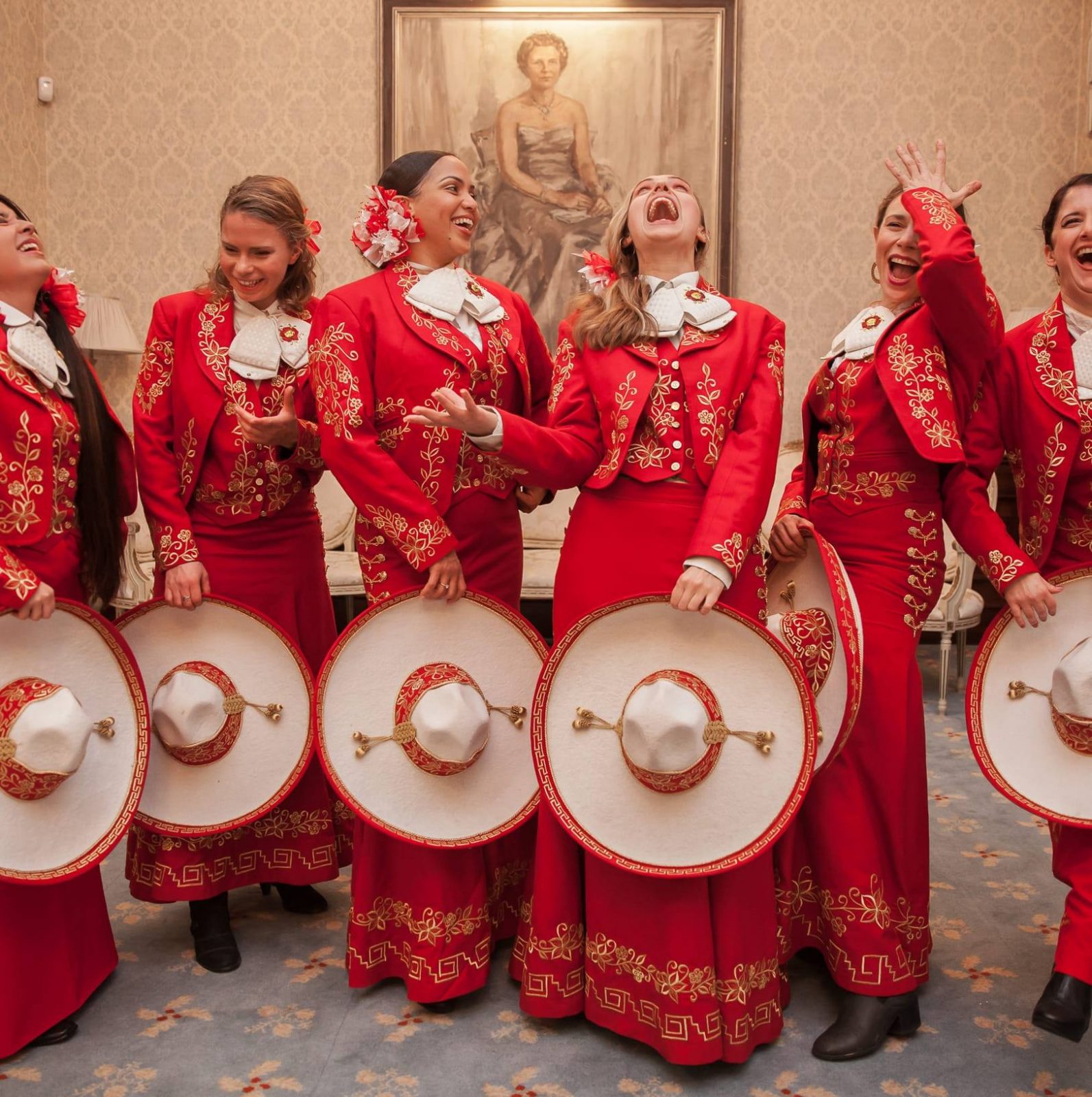 At the weekend the only all-female Mariachi band in Europe, Mariachi Las Adelitas, premiered a new ‘lockdown’ song at the legendary International Mariachi Women’s Festival.

The London-based seven-member band, which counts Salma Hayek as a fan, produced their first single and video remotely during lockdown; their new version of a mariachi classic, El Toro Relajo, was streamed online directly from Los Angeles on Saturday 24 October during the annual festival.

Open in Spotify here. The full video is here.

Anita Adelita (Anna Csergo), producer and musician, says: “Taking part in the festival for the second time is a significant milestone for Mariachi Las Adelitas. The festival empowers mariachi women throughout the world through performance and networking, and preserves mariachi women’s history”.

Challenges of recording during lockdown

The women, from Mexico, Cuba, Colombia, and the UK, recorded and filmed the music from their homes, despite the obstacles caused by national lockdown.

Antia recalls: “The recording process was a huge challenge firstly because many of us are mothers and our children of course were around 24 hours a day during lockdown. I have sole care of my triplets and their little brother who are all five and under and they wanted to get involved. So, for El Toro Relajo, I had them dress up in their Mexican outfits and dance in the garden. You can see them in the video!”

The technical side of remote recording also presented a huge learning curve.

“The recording was further complicated by never-ending building works outside my window. So I’d wait for the builders to have short breaks and rush to record during those times!”, explains Anita.

The challenges continued, including Anita having to learn how to use new software literally overnight – with plenty of hiccups along the way – and managing the individual musicians who, after recording their parts remotely, sent over the files.

Anita adds: “Much of the work was produced in the midnight hours and the process took a lot longer than initially envisaged. However, it was amazing and empowering to manage it, to complete it and to end up with three high quality recordings.”

El Toro Relajo was premiered and released on Saturday 24 October and arranged and produced by Anita Adelita, with lead vocals by Jari Castillo. Watch the video. or listen on Spotify here.

Cumbia La Adelita is an original composition and a homage to the Soldaderas, the warrior women of the Mexican Revolution, written by Dunia Correa. Due for release on 18th December.

There’s a surprise third song due for release in the new year.